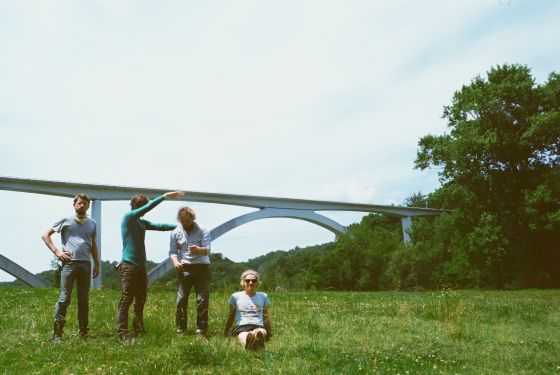 After youve shopped til you dropped (or carefully avoided the hubbub of the crowds in the deer woods or your nice, comfy bed) come relax with AETN Arts Fridays! Starting at 6:30 p.m., well join popular, reclusive indie rockers Grand Serenade on AETN Presents. Then, if you havent gotten your fill of food for the week, tune in for four new episodes of The Mind of a Chef, starting at 9 p.m.

First up is AETN Presents: On the Front Row With Grand Serenade, where the young, reclusive indie rockers mesmerize the AETN Studios with their slow-burning anthems, which could have easily earned them their name. The young band, which in the past has been known to spend more time crisscrossing the U.S. on their vintage motorcycles than performing for live audiences, makes a rare appearance. Rather than focusing on their previous materials, in their July 2012 concert, band members chose to lean heavily on new material. Grand Serenade includes: Kyle Mays, guitar and vocals; Jordan Trotter, guitar; Trevor Ware, bass and synthesizer; and Justin Seymore, drums.

At 9 p.m., The Mind of a Chef invites us to join David Chang for a series of new journeys with four new episodes, Simple, Gluttony, Chef and Japan. On our world tour, well begin in Japan where the dishes presented are deceptively simple. From yakitori and high-end sushi to Daniel Pattersons beets, youre in for thirty-minutes of uncomplicated delights.

In the next episode, well make a complete about-face as we head back to the states to enjoy over-the-top indulgence with chefs Federic Morin, David McMillian and Sean Brock.

And how do you know if youre a real Chef? Something tells us it has something to do with how well you prepare the simplest of foods. David explores egg preparation with chef pals Wylie Dufresne, Daniel Patterson and Rene Redzepi at 10 p.m.

Finally, wrap up this feast for the eyes back where you started, in Japan, as David Chang travels from Tokyo to Kyoto  meeting and eating with old friends.