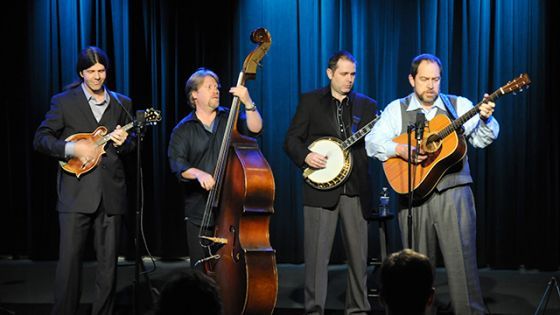 Tune in for an all new AETN Arts Friday with "AETN Presents: On the Front Row With Runaway Planet" at 6:30 p.m. and the new series "The Mind of a Chef," narrated by Anthony Bourdain, at 9 p.m.

Start your night with an exciting musical performance by Arkansas's own Runaway Planet. Their forward-thinking take on traditional bluegrass and roots music takes center stage in the bands engaging performance at the AETN Studios for AETN Presents: On the Front Row. Building on a foundation of one of Americas long-standing genres, Runaway Planet plays with a pop sensibility, rock-and-roll confidence and draws on an extensive knowledge of 1970s-era progressive rock. Their standout show incorporates precision playing and vocal contributions from each member. Runaway Planet consists of longtime friends Greg Alexander, acoustic guitar; Steve Brauer, bango; Michael Proveaux, upright bass; and Matthew Stone, mandolin.

Then, at 9 p.m., take a distinctly different (but equally entertaining) turn into the world of culinary arts with our new PBS Arts series, "The Mind of a Chef." From Ramen to rotting bananas, Copenhagen to Kansas City and pork bus to gulf clubs, Anthony Bourdain, executive producer and narrator, invites you to join him as he explores the mid of noted Korean-American chef and restaurateur David Chang. Youthful and exuberant Chang, the chef/owner of the Momofuku restaurant group, brings a voracious appetite for food knowledge and travel that draws you directly into his world - whether he's in New York, Australia, Japan, Denmark, Spain or Montreal! The first episode is devoted to the sublime pleasures of pork -- from fried bologna sandwiches to red-eye mayo and the salty-sugary late night snack, corn cookie ham and cheese.