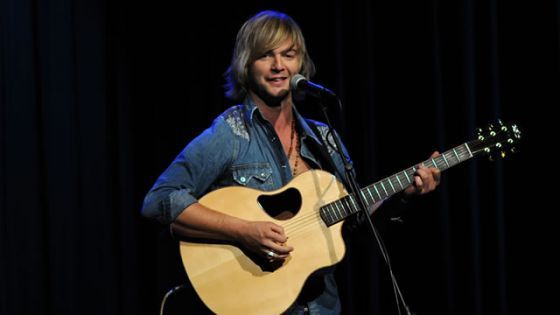 Declare this AETN Arts Friday your date night with specials featuring Celtic Thunder singer Keith Harkin and legendary lyricist Oscar Hammerstein II. If nothing else, the music is sure to make you swoon!

If youre a Celtic Thunder fan, you dont need much of a description to familiarize yourself with the North Ireland vocalist. His performance was filmed live at AETN studios, and some viewers have even gone so far to say that they prefer his solo performance to that of the entire (and not unimpressive) group! Dont miss the unique solo experience (or the, ahem, the  scruffy blondes good looks) on AETN Presents: On the Front Row With Keith Harkin at 6:30 p.m.
Also airing Friday, Aug. 24, is the perennial favorite, Oscar Hammerstein: Out of My Dreams.
With over 40 years in the theater, Oscar Hammerstein II wrote the lyrics for more than 1,000 songs and the books for 45 operettas and musicals. Celebrate them all at 9 p.m., with host Matthew Morrison (Glee, and Broadways The Light in Piazza, Hairspray, Footloose, and South Pacific), in Out of My Dreams. The PBS Special explores the life and works of one of the 20th centurys most acclaimed lyricists and librettists. In addition to over 20 years of incredible independent work, Oscar Hammersteins collaboration with Richard Rogers changed the American theater forever. Transforming musicals from lighthearted entertainment to real-life stories told by believable characters, Hammerstein helped create scores of legendary musicals, including Rose Marie, Show Boat, Oklahoma, Carousel, South Pacific, The King and I, and The Sound of Music.
TUNE IN:
AETN Arts Fridays
Friday, Aug. 24, 2012
AETN Presents: On the Front Row With Keith Harkin at 6:30 p.m.
Oscar Hammerstein II: Out of My Dreams at 9 p.m.