We’ve told you about our exciting, free event on Jan. 21 —  a preview screening of upcoming PBS documentary series “EARTH A New Wild” and panel discussion with its host and prominent conservation scientist Dr. M. Sanjayan. But, in case you don’t know already, why should you reserve your seat sooner rather than later? We have 10 great reasons! 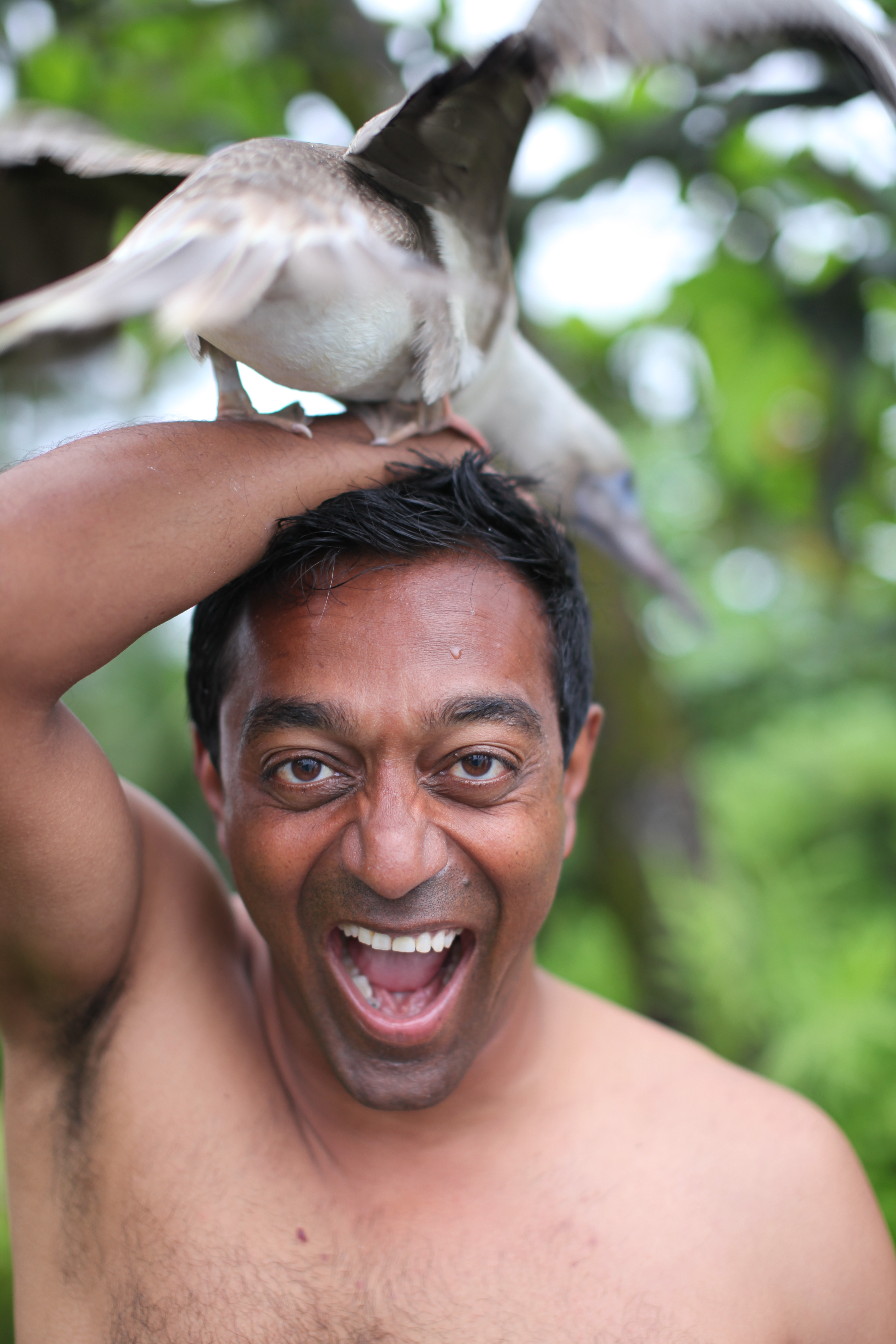 1.) This is no ordinary opportunity. Dr. M. Sanjayan is far more than the host of an upcoming PBS documentary series (outstanding as it may be, if we do say so ourselves).

On top of being a leading ecologist, accomplished speaker and writer, and an Emmy-nominated news contributor, Sanjayan is dedicated to exploring conservation’s role in improving the well-being of people, wildlife and the environment. Along the way, he’s earned his doctorate and now holds a research faculty appointment … and he’s served as Lead Scientist for the Nature Conservancy and is now the Executive Vice President & Senior Scientist of Conservation International … and his research has been published in a variety of journals (including Science, Nature and Conservation Biology, if we’re naming names) … and he’s been on TV just a little bit before, too. You know, just as a science and environment contributor for CBS News, Showtime’s “Years of Living Dangerously,” and maybe a few BBC and Discovery Channel documentaries. That’s all. In all seriousness, though, Sanjayan is an incredibly accomplished, phenomenally engaged member of the scientific community. He’s a world-class speaker you’ll be able to see, hear and even ask questions of at our free screening event and discussion panel. 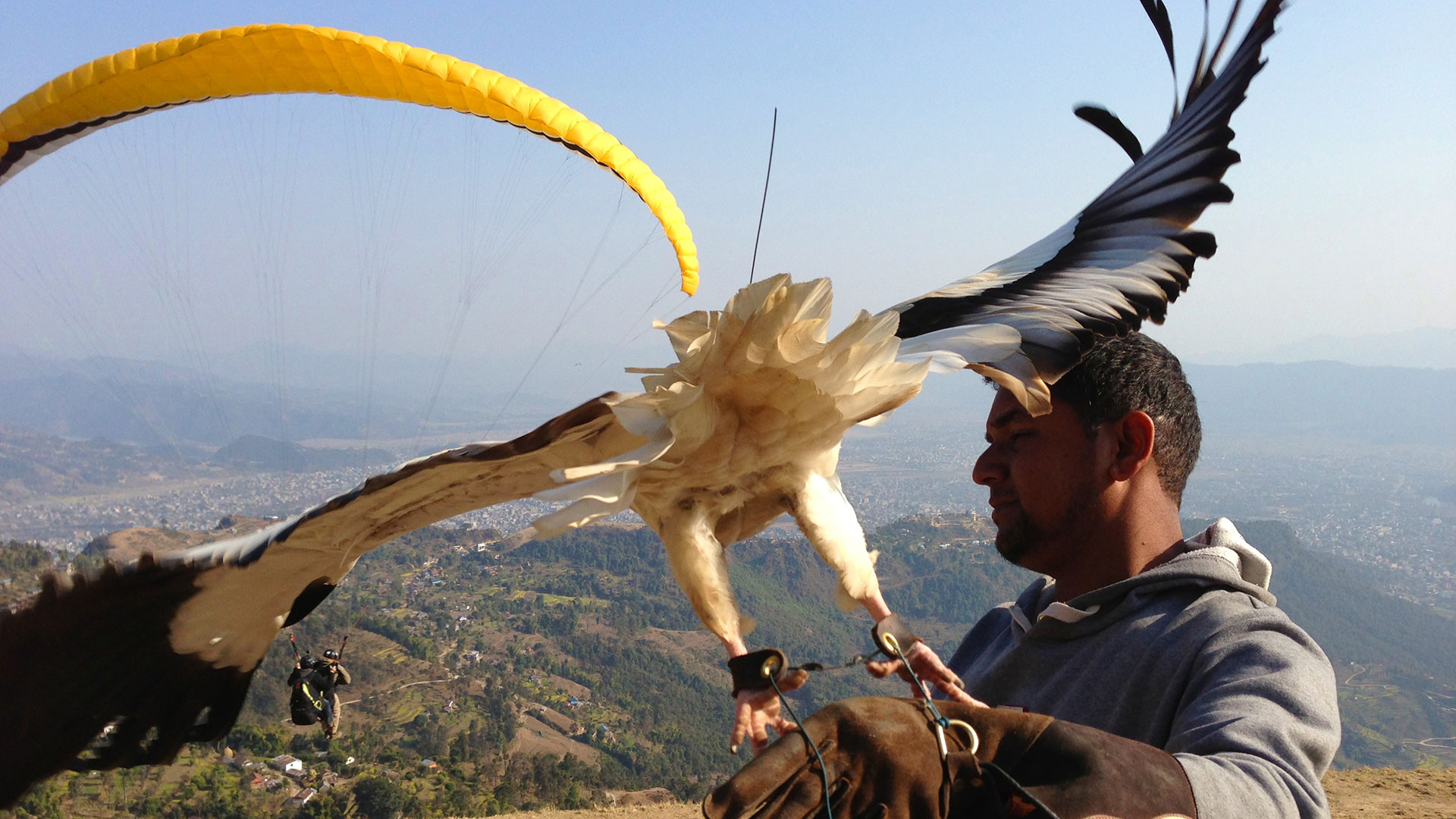 2.) Sanjayan hasn’t just studied this, he’s lived it … and nearly died doing it.

Before you allow yourself to be overwhelmed by Dr. Sanjayan’s accomplishments, be aware that he won’t just be approaching this series or these topics from a purely “book smart” angle. In addition to traveling the world for “EARTH A New Wild,” Sanjayan has explored truly dangerous but ecologically important sights for a number of assignments. Get an idea by reading about encounters from his work, for example, the time hungry polar bears thought the film crew looked tasty or his truly perilous climb on the Tupungatito glacier, which required a camera man to be airlifted out. He’s been here, he’s done this, and he’s thought he might not live to tell the tale.

3.) Our planet (and, of course, this documentary series) is beautiful. No, seriously, Bea-u-ti-ful.

“EARTH: A New Wild” staged more than 45 shoots in 29 different countries, and the results are awe-inspiring. This series features truly spectacular natural history footage from some of the most striking places on the planet. Equally impressive are the encounters between wild animals — including everything from giant pandas to humpback whales — and the people who live and work with them. 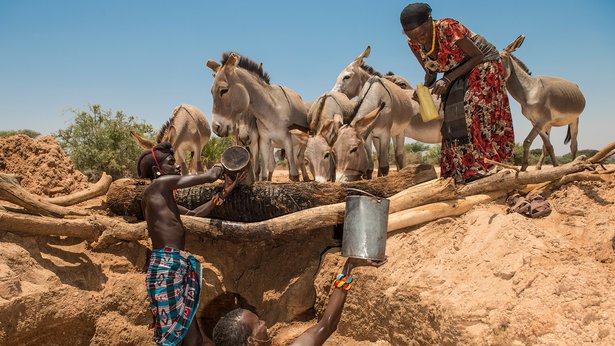 4.) What’s being accomplished is amazing, and is not at all out of reach.

In our minds, we often seem to see conservation efforts as big, impossible (or at the very least, herculean) tasks. “EARTH A New Wild” happily debunks that myth. The interactions between humans and wildlife in this series are proof that (often surprisingly simple) solutions can make co-habitation work … and even be mutually beneficial! 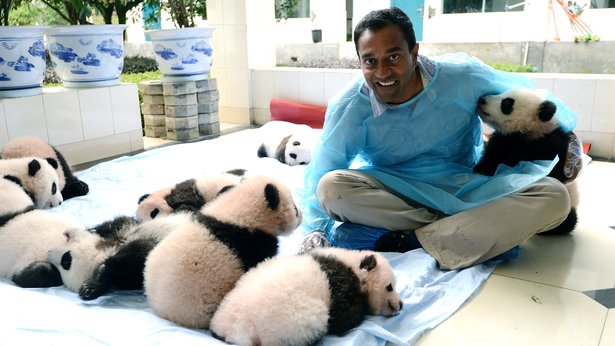 5.) Baby panda bears. Honestly, is anything cuter? If you disagree, we suggest you watch this clip (around about 0:29).

Truly, though, “EARTH A New Wild” captures footage of a ludicrous variety of species, and the animals featured are precious, majestic, powerful, beautiful and more. The biodiversity explored is astounding. A short list of wildlife you can expect to see includes: Tanzanian chimpanzees, tigers from the Sundarbans of Bangladesh, giant panda in the Chinese highlands, conversing elephants in South Africa, rutting Saiga antelope in Russia, Norwegian reindeer, wolves of British Columbia’s Great Bear Rainforest, Iberian lynx, battling Indonesian elephants, coral gardens and much, much more. 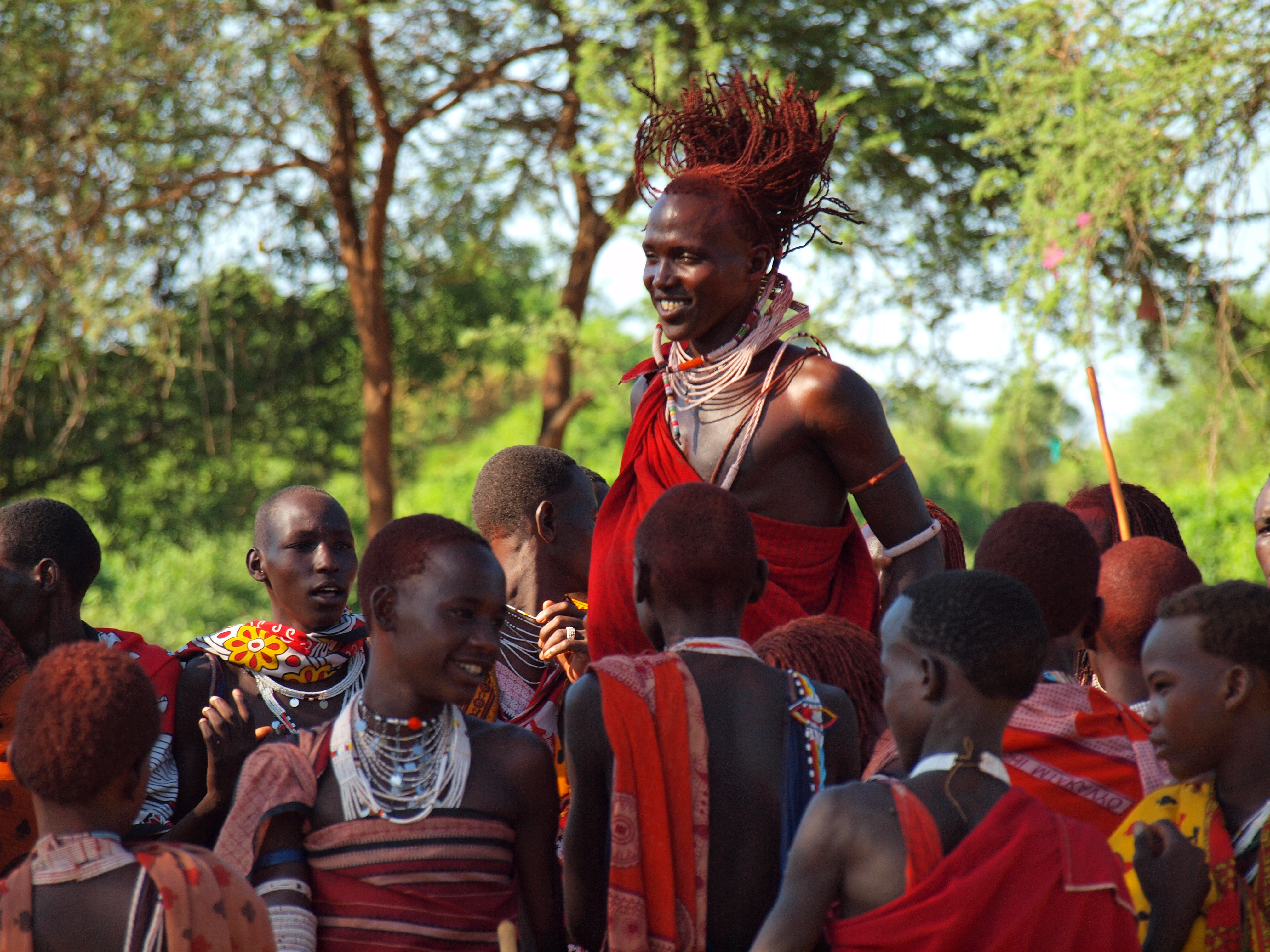 6.) It’s about time we recognize we’re a part of nature!

What truly sets “EARTH A New Wild” apart from all other nature documentaries? It turns the camera back on us! The series emphasizes that “nature” doesn’t exist in a vacuum. We’re a part of it, and how we interact with the world and wildlife around us is a determining factor in how our planet looks now and in the future. Our impact is felt everywhere, and this series shows that the spectacular environments we explore doesn’t exist in isolation - we’re an important part of the picture. 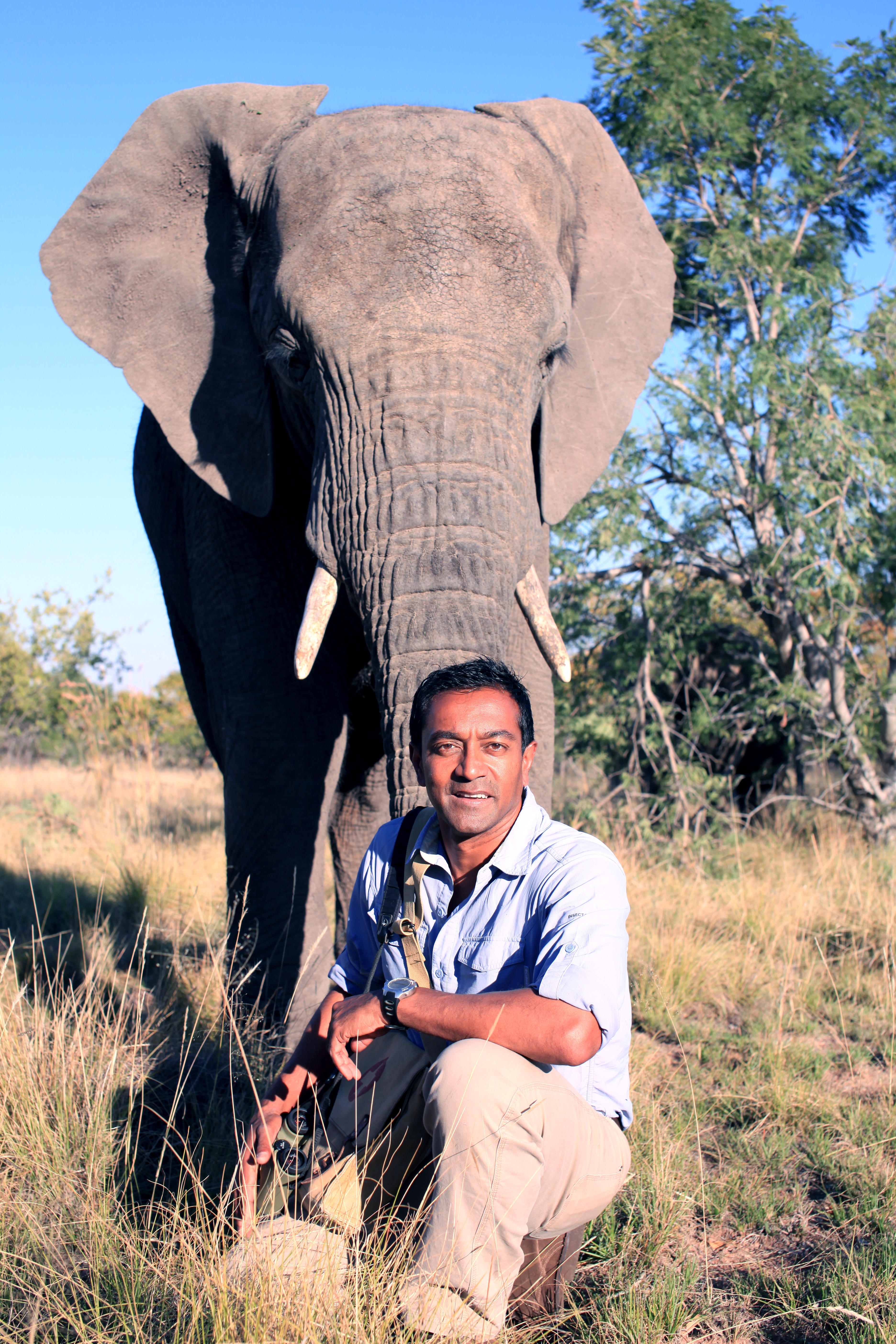 7.) This is your chance to ask questions.

Both our reception and screening are exciting, but we hope that you’re especially on fire for our panel discussion. What do you want to know about conservation science? The amazing places “EARTH A New Wild” explores? How you can make a difference in Arkansas? You’ll have a chance to ask on Jan. 21!

8.) And our outstanding partners make this event even better.

We’re excited to be working with amazing partners to take this event and panel discussion up even a few more notches. In addition to working with PBS, Dr. Sanjayan and everyone behind “EARTH A New Wild,” for Wednesday’s event, we’re thrilled to be working with our friends at the Arkansas Nature Conservancy and Museum of Discovery. Their expertise adds depth to our event in many ways and their help has been invaluable! And that’s especially evident in our panel discussion, where Scott D. Simon, director of the Nature Conservancy of Arkansas, will join Dr. M. Sanjayan and Kevin Delaney, Museum of Discovery director of visitor experience, will moderate the panel. 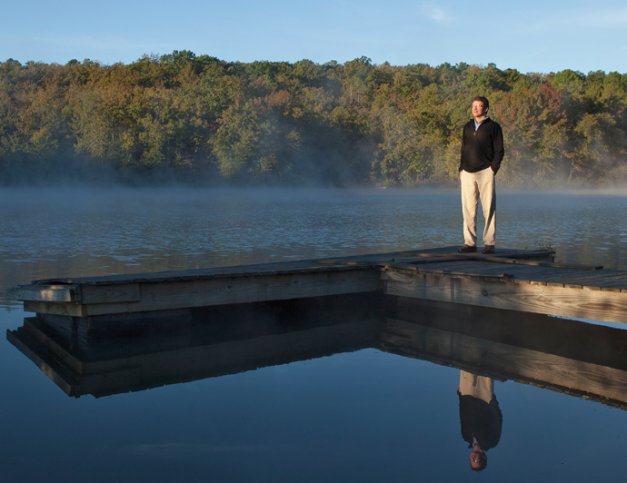 
9.) Scott D. Simon, director of the Nature Conservancy of Arkansas, will be able to apply everything we’re learning about to a local level.

It’s thrilling to learn about nature and conservation science across the planet, but we’re of the opinion that it’s even better when you can apply what you’re learning here, at home, in Arkansas. In addition to providing valuable scientific insight, Scott will be able to provide local applications and specific answers about what’s happening (or could happen) in the Natural State. 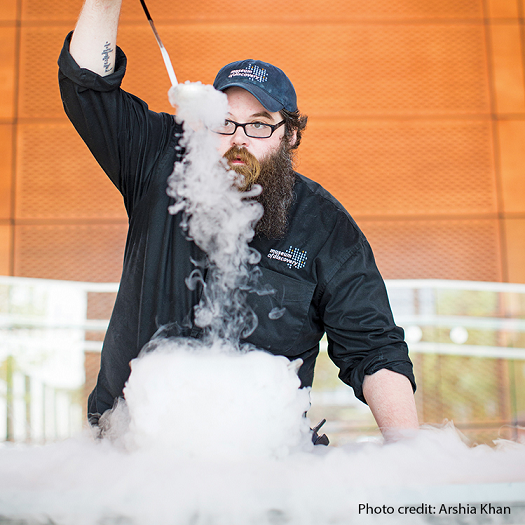 10.) Kevin Delaney, Museum of Discovery director of visitor experience and “The Tonight Show With Jimmy Fallon” phenom. Because, really, haven’t you seen the videos?

First of all, if you haven’t seen Kevin Delaney’s appearances as a guest science expert on “The Tonight Show,” now’s the time.

Secondly, clouds and elephant toothpaste aren’t the most amazing things in this guy’s repertoire. Part actor, part scientist and all parts fun, Kevin will provide entertainment and thought-provoking insight as our panel discussion moderator. If you’ve ever met Kevin in his daytime role at the Museum of Discovery or (if you’re lucky) at a Science After Dark event, you’ve had a great chance to experience his inquiring mind and delightfully amusing manner. In our minds, he’s all but a guarantee of a fun, insightful evening!

Convinced, yet? We hope so! Be sure to reserve your seat for this free, one-time-only event by calling Ginsie Simmons at 501-537-3081 or emailing gsimmons@museumofdiscovery.org. There’s no charge for the event, but seating is limited and a reservation is the only way we can guarantee your seat!